Bad Optics: Police Searches of Cancer Patients Are Not Helping the Anti-Cannabis Cause 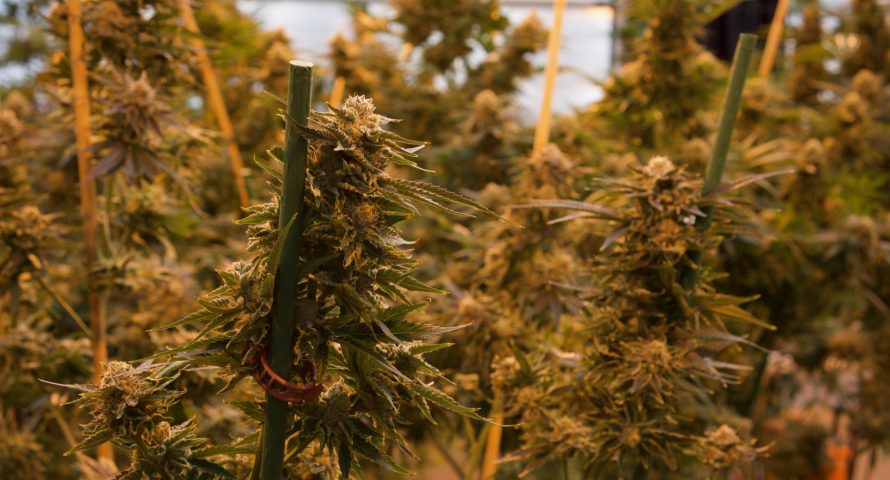 The incremental legalization of cannabis for various purposes in the United States has produced some bizarre cases as all stakeholders stumble through the gray areas. But if those opposing legalization wish to present a rational case, they should avoid scenes like the one concerning the police search of cancer patient Nolan Sousley at the Citizens Memorial Healthcare center in Bolivar, Missouri, recently.

Also read: CBD Cheeseburgers and Cannabis as a Marketing Gimmick: Welcome to the 21st Century

Scenes of uniformed police officers entering Sousley’s hospital room and conducting an un-consented search of his possessions went viral on YouTube after the incident. The story made headlines across the country and internationally, with public sympathies falling mainly on Sousley’s side.

The incident, from what we can see in the video, never turned violent and officers appeared to manage the situation professionally. Nor was Sousley issued any citation, though the officers warned him of potential punishment were they to find anything illegal.

Whatever the legal rights and wrongs of the incident, state intervention and force inflicted on a terminally-ill and clearly vulnerable person as he lies in a hospital bed present “bad optics”, or a PR negative, for the anti-cannabis and “obey the law as it stands” crowds. It’s one of those situations where the letter of the law appears at odds with its morality; one you never want on your side.

Sousley was diagnosed with stage four pancreatic cancer in May 2018. After the cancer metastasized to his liver, he began a search for doctors who could suggest more effective treatments than those commonly available.

He has used CBD oils as part of those treatments, which police reportedly found in his hospital room. Though Sousley said he had also used capsules containing THC for pain management, those products were not in his possession at the time.

Missouri decriminalized marijuana possession in 2014, and in November 2018 its legislature passed a law allowing marijuana as a medical treatment for a range of health problems.

However that law has not yet taken effect, and the state’s Department of Health and Senior Services says it will not begin accepting patient ID cards until July 4th, 2019. At press time, Missouri DHSS had received 462 applications forms from cultivation, dispensary and medical manufacturing operators, and received a total $3,328,000 in application fees.

After suffering fevers and night sweats, Sousley was rushed to the emergency room in Bolivar last week; later he was admitted and spent three days in hospital.

The trouble started when — according to Sousley’s friends — a hospital security officer entered the room, claiming he could smell marijuana. When the group objected to a bag search, the hospital called local police who then proceeded to search the room (as seen in the original video).

For the record, Sousley and his friends deny anyone was smoking anything in the room and the officers found no cannabis products during their search. The officers said he could be issued a citation for marijuana possession, but could not receive jail time.

In a follow-up video posted to YouTube on March 8th, Sousley said he was glad his story had gone viral, and appreciated everyone’s help in spreading it.

“That’s just what we needed to happen … I’m not gonna sit here on this couch and just die. I’m gonna stand up for something, and by God this is what I think I was put here to do,” he said.

He could be just the kind of activist the cannabis industry needs right now.

That a legitimate, prescribed medical treatment is widely available in some states — but can attract anything from a police search to actual prison time in others — is objectively absurd.

And in this age of viral social media, images of uniformed police searching the bags of a terminally ill patient in his hospital room are equally absurd. Such is the current state of cannabis politics, though the resulting outrage also demonstrates the progress it has made.

If those resisting cannabis legalization hope to produce a rational argument as to why an empirically proven medical treatment should remain illegal, images like Nolan Sousley’s don’t help at all. They’re already facing an uphill battle against mounting evidence that society does not collapse into chaos the moment marijuana is legalized, even for recreational use. Even classic arguments like “it’s a gateway drug” are becoming ever-weaker as time goes on, and the effects of cannabis on its users is inevitably compared to long-legal drugs like ethyl alcohol.

Bad optics have plagued both sides of the cannabis debate over the years. The counterculture/stoner image that has propagated since the 1950s and 60s didn’t help cannabis’ undeserved image as a “hard drug”, and has likely stymied efforts to promote its more serious health (and economic) benefits.

It’s not a problem either side worried about much in the past, but now that real change is afoot, it’s something both should consider.

Suppose you ran the local police dept… how would you approach this? Let us know in the comments.